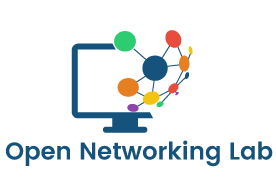 The Open Networking Lab makes available introductory practical computer networking skills training, in order to service the needs of vocational learners (Further Education and Apprenticeship levels), educators, and industry. The project is carried out by the Open University Faculty of Science, Technology, Engineering and Mathematics (STEM) and is funded by the Ufi Charitable Trust.

PT Anywhere is the underlying technology the project uses to teach networking concepts. The platform offers a network simulation environment via a web interface that can be accessed from any browser or as a widget inside an interactive eBook. PT Anywhere is based on the Packet Tracer network simulator for Windows and Linux developed by the Cisco Networking Academy.

The project has produced a free online course, which is available through the Open University\'s OpenLearn platform.