We will do all we can to treat you as an individual, whether you areÂ contacting to give us some good news or to raise a problem. Please also be assured that we will not share, sell or give your details to anyone. 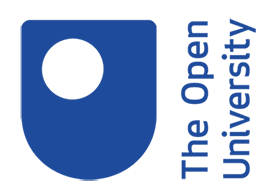 Direct Combination is variously a principle, a family of user interaction techniques, and a user interaction framework (Holland and Oppenheim, 1999;  Holland et al., 2002a).  Together, these can give users greatly enhanced flexibility interacting with digital systems and can reduce search when dealing with complex or unfamiliar interfaces (Holland et al., 2005). Direct Combination also has potential to simplify multi-device interaction (Holland et al., 2002), enhance bimanual interaction (Webb, 2017), facilitate interactions spanning virtual and physical boundaries; encourage serendipitous interaction (Holland et al., 2002b), and to enable the incremental development of novel interactions by end-user programming (Holland, 2003). While the potential of  Direct Combination has been widely noted (e.g. Beaudouin-Lafon and Mackay, 2000, Rekimoto, 2004, Bartoleo et al, 2006 , Webb, 2017, Agarwal et al, 2019)  existing implementations have been constrained by the limitations of available mechanisms for the modelling of separation of concerns in multi-dimensional domain models. However,  new mechanisms that facilitate separation of concerns, in particular the revised version of Stateful Traits (Tesone et al., 2020) have created  new opportunities for building highly expressive Direct Combination engines. Reenaskaug’s Data-Context-Interaction Paradigm (Reenskaug, 2006; James Coplien and Trygve Reenskaug, 2012) has also contributed relevant insights. As well as prototyping the new  DC engine, this project will prototype support tools.  To this end, the project will also  involve analysing and creating informal domain models for one or two end-user domains, anticipated to be an AR/VR game in Unity (linked via a simple OSC bridge) and an interface to allow end users and music scholars to query, analyse and visualise large quantities of linked music data on the web (via SPARQL).